The Story of Emma Rose – The Transport 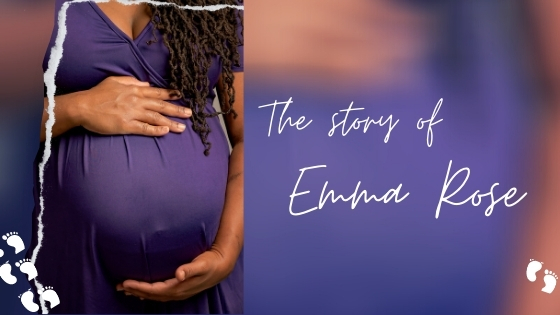 In this podcast I talk about the events that occurred after the birth of Emma rose and the trials and tribulations that came about getting to the United States to have her surgery done.

The birth of Emma Rose was not a typical birth. Instead of natural birth as we would have liked to have, the doctor made the call to undergo a Cesarean Section.

The problem with this is that we really wanted to have a natural birth. The reason for this is that our first daughter was brought in to this world via a c-section and from what we understand, doctors do not like to go beyond 3 c-sections.

The chances of having another c-section after having the first is high but with some work it can be avoided. Now we are down to the option of having 1 more child… If we so decide.

Emma birth, or her introduction to the world was being taken from her mother womb. This was the first issue but shortly after birth the doctors realised that she was not breathing properly.

After a few test it was found out that she had a problem with her heart. A congenital heat defect called transposition of the great arteries. This means the heart for some unknown reason switch the Aorta and Pulmonary Artery pump blood in a circle.

The news was brought to me and I was assured that the procedure to fix this issue is possible so there was hope unfortunately this is where the Story of Emma Rose took a turn for the worse and this story began to unfold.

The unwritten yet natural law of Murphy states that anything that can go wrong will go wrong and Murphy is all around this issue.

Emma already having issues getting blood about her body suffered a cardiac arrest the night of the day she was born. So between October 9th and the morning of October 10 her heart stopped.

A cardiac arrest is something that one would usually hear associated with older people or with overweight persons, not with a child. How could this have happened? What went wrong? Why is any of this happening? Many questions flooded my mind but ultimately I got the news after all this had happened, she was revived and now her already unstable condition just got more difficult.

The doctors at PMH advised that there was a build up of fluid around her heart that kind of squeezed her heart and may have caused this cardiac arrest. So now they had to perform emergency surgery in the NICU to cut the chest open and drain the fluid from around her heart.

So now not only do we have the issue of switched arteries we now have to deal with, the consequences of chest compression’s to revive her and this build up of fluid around the heart.

The race begins when we realize that we have to transport her out of the country to undergo this surgery as soon as possible. Moving from Emma surviving in the NICU to this new problem of fluid makes it super urgent for her to get the surgery.

Planning to get an Air Ambulance to to get Emma out of the country seems like an easy task in itself but there are multiple issues, problems and upsetting road blocks in our way.

Now I need permission to leave the county. Makes sense, but I can travel its Emma that needs permission from the U.S. Embassy. The problem here, the Embassy is closed and not accepting any calls. We also need a passport for Emma… a new born baby on a Friday at 3pm when the passport office closes at 4pm.

Crystal c-section prevented her from traveling. I will have to travel with Emma. Simple enough except the amount of equipment needed to transport Emma fills the aircraft… There is no space for me.