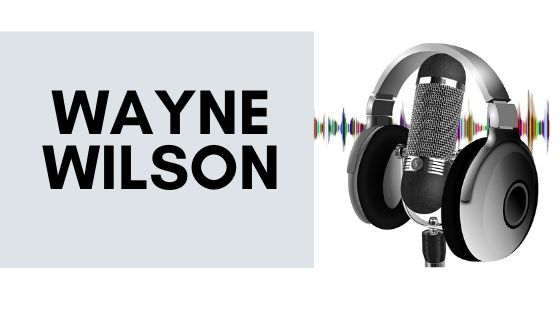 Culture : the ideas, customs, and social behavior of a particular people or society.

The definition sounds simple enough but the practicality of culture is harder than you may think. The thoughts actions and being of a people, any group of people can make up culture. We here in the Bahamas believe we have a culture when in fact we have a mixture of societies all with different beliefs headed in no direction but because we all look alike, speak similarly and attend some of the same events we consider those events culture.

Listen in as I have a timely discussion about Bahamian culture. What is Bahamian culture, Do we have a unique culture? How can we define and refine our own culture? This is a possibly a controversial topic calling spades spades and uncovering the jokers within the deck.

Wayne Wilson is an entrepreneur, historian, student of African history and much more. Raised by educators reading and books became a normal practice in his home. What happens when you talk to a Bahamian on a podcast that has a vast amount of critical thinking skills backed by information and research not to mention practicality? Well it gets deep. very deep.

What is a Bahamian.

We touched on what is a Bahamian? I use that word what because its difficult to say who. The who makes the concept even more difficult to explain because of the history of the Bahamas and what we as black Bahamians were taught.

Primarily it is accepted that when the work Bahamian is used, that it speaks to the majority of residences which are African Bahamians.

However there are a sub group of persons in the Bahamas who ancestors enslaved humans from Africa. These person were here before the predominately black citizens. So who are they?

From the point of first accepting that the majority of the population ancestors were forced to the Bahamas via enslavement, will open the discussion about… Who were their ancestors.

this is where Wayne Wilson shines in his studies of Africa culture compared to what we call culture today. Understanding the differences of Africans and enslaved Africans can help in drawing out the similarities and differences but in the light of attempting clarify this subset of culture in the Bahamas.

Junkanoo is a prime example. We as Bahamians black or white love a good beat however the festival is mainly participated by the predominately black society and also watched by them. So where did this majority get the concept of Junkanoo? Should we accept the narrative that a slave who’s name was John Canoe started it?

Here is the problem with that… if it was a slave and his enslaved name was Canoe, it should be an easy task to find out who his en-slavers were as they gave their enslaved Africans their last name. Unfortunately there is no record of any person enslaved or en-slaver with the sir name of Canoe.

Wayne discusses spirituality of humans and Africans and hence what we call religion in the Bahamas. What is spirituality? Can Science and spirituality coexist? How can we can use ancient studies of spirituality to lean more of who we are?

Learning more about your ancestors will take you closer to a level of spirituality that you may not recognize. Its far removed from what we know today as spirituality and to many will seem to be far fetched.

Learning more about African culture will again assist you understanding why it is we do what we do, or rather why we take to church more than other people. All this has to do with our true history.

Can you see the whole forest?

In this discussion we touch on how we are not taught real history. History is written by the victors hence those who were able to deceive our ancestors in to dropping their guard and later overwhelm them wrote their history.

many times when we look at history or any concept we can only one part of the whole. This is compared to standing directly in front of one tree. All you see is that one three however if you step back you begin to see more trees and if you take a birds eye view then you see the whole forest.

The ability to see the forest from the trees is something that Wayne Wilson does easily. His explanation on many topics takes that birds eye view. Its often overwhelming,the amount of information you realize that you were missing but its refreshing to have that new point of view.

In this time of unrest with the Black Lives Matter protest worldwide, we discussed the issues of black and white. Not just the concept of black and white but literally a race issue of European vs Africa and the world.

Listen in to the podcast and as usually leave a comment. Im sure you will have questions to ask Mr Wilson and I would love to have him back to answer your questions.

According to Wayne Wilson to understand culture in the Bahams you must understand the concept of what is called religion.

The origins of region is the documentation of culture, its the written down version of this is what we do. not the way its employed now as in do this but instead writing down what we do on a normal basis. With this definition the question you must ask yourself What have you passed on from your ancestors to your children? Culture is community the things that define you. The elements that define who you are its a way of life.