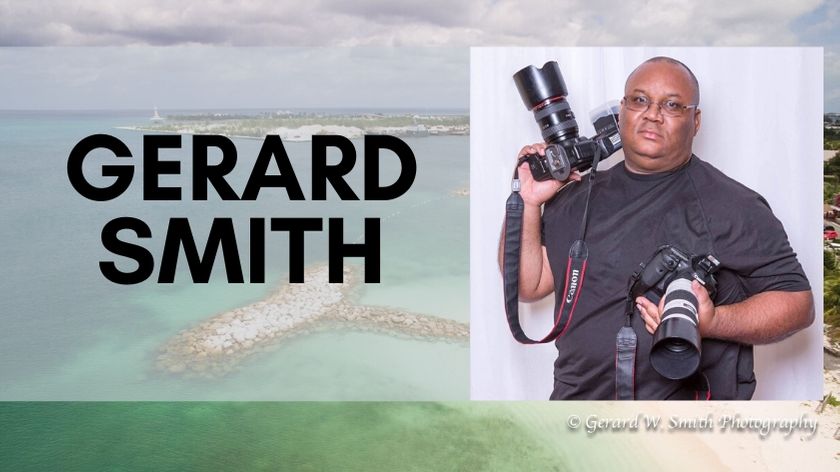 3 degrees of separation has to be a real thing. Its a concept that states that within three persons that you know sooner or later someone you don’t know find out your have ether crossed paths or one of your three friends, family or coworkers know a particular person and Gerard Smith is no different..

Come to find out the guest on Focus on art and I may have crossed paths a few times in life.

Gerard smith was born on the island of New Providence sent to his grand mother in Andros as a child. Came back to Nassau with a particular set of skills. Started his career as a Nurse. Dabbled in computers for a while then made the decision to get into Video and was technically advised in a direct way to get in to photography and has taken all those experiences throughout his life and transformed himself into one of the best drone pilots I know in the Bahamas today.

I’ve worked with Gerard on a few projects in the past and until this conversation I thought I had first met him in a mutual group known as The Photographers of the Bahamas but come to find out there were at least two instances that we most likely would have actually seen or talked with each other far back in the past.

He attended Columbus Primary at the same time I was at the same school before moving next door to the then William Gordon Primary. Then a store I frequented in the 90’s called Electro Jack he was one of the technicians there.

I’m sure we may have talked at least one or twice at that store because I was a nerdy nerd at that time deep in to computers. To make it even more weird… my wife family is from North Andros hence I’m sure if I ask a few questions his name or his family name would come up. Then my mother who is a retired nurse upon meeting him I find out they sorta know each other from way back in the day.

Realizing all of this became an eye opener for me to know that a good friend of mine in the present had such a close broughtupsy with mine that we could have been friends from child hood.

His accomplishments are vast as he is what I would call a multipotentialite. Moving from one field to the next, learning new skills and applying those skills to every day life to be what most persons would call a creative artist.

Join us on this interesting conversation that I’m sure you will enjoy listening to as much as we enjoyed talking about his life story.

Leave a comment below if you enjoyed this podcast and then take the time to listen in to any of our other podcast from different SHOWS.