Lo lieh was a Hong Kong actor in martial-arts films. His real name is Wang Lap Tat. He was hired by the Shaw Brothers Studio in 1962, and went on to become one of the most famous actors in kung fu films in the late 1960s and 1970s. He died of a heart attack in November 2002.

Although Lo Lieh began primarily playing the villain, which in truth his face is much more suited for, Lo was a devout Buddhist renown for a gentle off-screen demeanour. During the 70’s and into the early 80’s he was in a host of classic films Chinese Boxer, Bamboo House of Dolls, Black Magic, The Magic Blade, Executioners from Shaolin, Eighteen Jade Arhats, Kung Fu from Beyond the Grave and Black Magic with Buddha.

Lo Lieh seems to have appeared in about three out every five movies made in Hong Kong between 1970 and 1980. Directors Liu Chia Liang and Chang Cheh at the Shaw Brothers studio cast Lo in many of their iconic kung fu films. He worked with swordswoman Cheng Pei Pei (Jade Fox in Crouching Tiger, Hidden Dragon) early in her career. He’s shared the screen with Chow Yun Fat, Angela Mao, and Gordon Liu (he directed Liu in the classic Fist of the While Lotus, with choreography by Liu Chia Liang!). He’s created some of the most memorable villains of the era, but also he’s done a handful of straight dramatic roles.

Lo Lieh, he doesn’t embarrass easily and he liked to work. He used to brag that he only needed four hours of sleep at night, and calculated that it allowed him “sixteen hours to make money” every day. He didn’t mind working overtime, in multiple productions simultaneously. In fact, he once claimed that he never wanted to direct another film after his debut, Fist of the While Lotus (1980), because the director’s pay was about the same as acting, and the responsibilities interfered with his ability to work on other projects.

Lo Lieh began appearing in HK films in the middle of the 1960s Temple of the Red Lotus, Tiger Boy, Golden Swallow and Twelve Deadly Coins. Initially, he was generally a good guy in the movies and his 1972 film King Boxer made him a star not just in HK but also internationally where it was released under the title Five Fingers of Death. It was the first kung fu film to have an international release.

Some people in the West know him as the star of the martial arts classic King Boxer (Five Fingers of Death). Compared to fluid modern actors like Jet Li, Lo’s fighting style was harder, probably derived from popular Southern Chinese schools of fighting arts. King Boxer was typical of the kind of “kung fu” film Hong Kong audiences enjoyed in the immediate post-Bruce Lee period.

This was the first successful martial arts film to reach American shores, even before Bruce Lee’s Fist of Fury. Earlier, he had gained popularity in Hong Kong for his roles in King Hu’s films such as The Golden Swallow (1968) and The Singing Thief (1969). 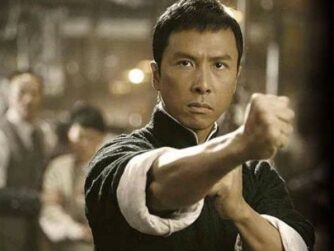 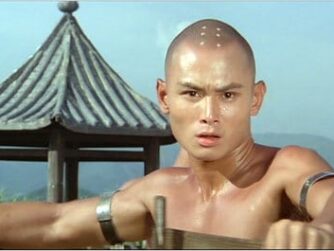 Gordon Liu The life and film of Gordon Liu, Martial Arts Actor. With his trade mark thick eye brows and intense stare, this martial artist and... 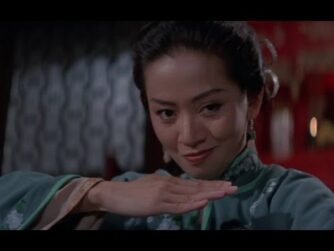 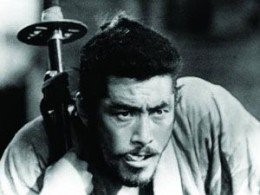